skip to main | skip to sidebar

Blue, like a petal falling, on the battered floor crying tears, trying to make sense of it all.

I try to shut it out but your image goes back and forth in my mind, entering like a wave that wont ever cease.

I scratch at the surface trying to find peace. But its so dark now. Just a fleeting moment and oh how you touched me.

Did you hear us breathe down on you?, only to protect you in vain. You are the shadow in my mind and the never ending voice that only spurs me on to defeat.

Stan, look how the river runs smooth, it shimmers in the sun on this glorious day. Beautiful as it is dark. I hate this silence.

Yesterday how we wept. Yesterday, my faith in anything washed away.

Wake up Stan. Please. If only we could turn back time instead of beating on a battered floor.

As her tongue slowly moves over his tortured skin, Lola feels a slight twinge as her hand caresses. Slowly lifting herself onto him, Lola is in control now. She edges her hand under the covers and clenches a knife, which she twists and turns a few times into his flesh until she is completely satisfied. 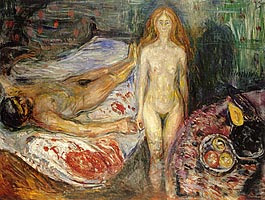 I hate this jumper as much as I hate your face. When I look into your deep blue eyes I see my life and weep. I resent the way they demolished your soul but you are fine with me.

Be still my friend. Please don’t leave.  Hold me up despite my hopelessness.

Sharing one last beer, we raise our glass. We laugh at the fools dancing on the sidewalk. Then you squeeze my hand tight as we close our eyes and fall from the big blue sky.

Posted by Marilyn Simpson at 14:21 No comments:

Tim wants to go outside but he doesn't have a raincoat. He hates the rain, he hates being wet, he hates the sound, he hates... Utterly pissed off, Tim curls up in a ball inside the wardrobe and remains there for what he believes to be about six hours. Once Tim is sure the rain has stopped, he steps outside the wardrobe, stretches, opens the curtains and smiles as he sees the sun peeking through the clouds. "Fucking Hallelujah,” he thinks before heading down to the garden shed. Tim fetches out a large bag, which he struggles with as he puts it over his shoulder.

Tim whistles as he walks down the street. All of a sudden he comes to a halt. He has seen her. "Yes, this is she. Who else could it be?" Inquisitively he watches as she walks to the underground station. Tim follows as the lady dashes for the tube. Once inside, Tim coyly observes her. He is amazed at how young she looks. He likes her long golden hair, her pink high heel shoes, and her long legs...

The lady makes her way off the tube. Tim follows.

She walks into a department store. Tim has never been in a store like this. Tim has never been anywhere much. He has lived his life as a recluse. He only ventures out on special days and he feels that today is one of them. He looks on as the friendly lady greets people, flicking her long golden hair each time she joyfully laughs. Tim is so entranced by her that he hasn't noticed a few people looking his way. A woman walks towards him "Can I help you?" Tim stares at the woman for a few seconds. He begins to sweat and blinks his eyes rapidly. Tim takes a few steps back before heading for the exit.

"Why is everything so damn fucking complicated" Tim moans to himself while he sits on a bench and waits. A passer-by glances over and Tim gives him the finger. He hates waiting, this wasn't how he planned it and as each hour passes Tim becomes more impatient. At last he sees her leave the department store and once again she is heading for the underground. Once again Tim follows. He follows her home.

He is now at her door. He rings the bell.

Tim forces his way in. Slams the door shut. They fight. She bites and screams then with one swift blow Tim knocks her to the ground. She is unconscious. As she lies on the wooden floor Tim unzips his bag. He takes out a hammer, a saw, and a knife amongst others. He looks at her, hesitates some until a voice whispers "Come on Tim, you know this will be so entertaining."
Posted by Marilyn Simpson at 09:44 7 comments:

A dark room and a bolted door. Sylvia is pressed against her lover, she likes skin against skin. Sylvia wonders could he be the one, yet deep down knows it won't last long. She slides her fingers through his golden hair and whispers 'Do you hate what I am?'

A drunken Sylvia turns away. Hurls her glass and laughs as it shatters, then yells 'damn them all.' Sylvia wants what she wants and she can't change.

Sylvia feels dazed and confused as she thinks about her lover and if he ever knew her at all. With a gentle kiss, Sylvia touches his face before she ascends. Scanning the body, Sylvia reaches for the blood stained knife.

Cinnamon has waited with anticipation for this day all week long. Today is her twenty-fourth birthday. But she has no reason to celebrate. Without any cards or birthday wishes she feels beat and low, her mind spins like a coin tossed into the sea. Cinnamon looks at her watch. It's twelve 0' clock. She takes the watch off her wrist and throws it into the cold water. A momentary joy feels her heart but then it’s overshadowed by the darkness that’s always beside her. Cinnamon takes a bar of chocolate out of her bag.

As she is enjoying her chocolate she hears a child laughing. She looks to her left. On a bench sits a child and her mother. Like two stars, they radiate. The mother hugs her child lovingly. A man appears and embraces the child. Cinnamon wishes she were this child. She looks to her right. A man is walking his dog. A passer-by stops to greet the dog. The two men talk enthusiastically. The owner strokes his dog with tenderness. Cinnamon wishes she were this dog. She sheds a tear.

Cinnamon moves towards the edge. She removes her shoes and throws them into the cold water. Her toes have made it over the edge; her heels briefly hold her back. She spreads her arms wide. Cinnamon is flying. She feels elated.

Then falls with one hell of a splash.

joyfully you drained my sanity,

and just as I grew used to it,

Marilyn Simpson
I only write what my Muse tells me to.